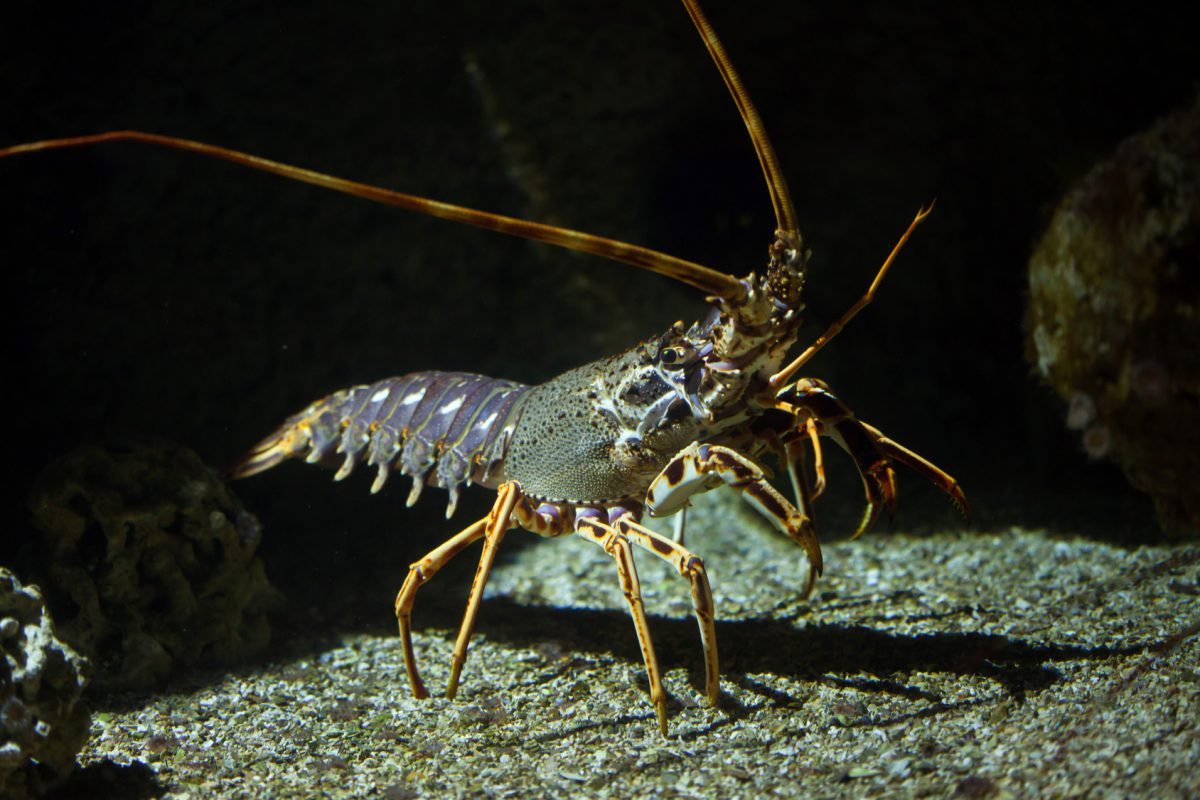 As trapping is an illegal method of harvest, fishing for Spiny Lobster is a delicate process, but well worth the effort. Most commonly, for non commercial fishing, Spiny Lobster are caught by hand with a net. Using a snorkel mask, individuals dive down to the ocean floor, looking for the tell tail Lobster antenna peaking out from under rocks and coral. Using what is called a tickle stick technique, Lobsters are coaxed out from under their hiding spots by lightly tapping their back. Once the Lobster starts to walk out of its hiding spot they are scooped up in a net, and brought to the surface. Below is a video on how to catch Spiny Lobster.

Not all Spiny Lobster are eligible for harvest. It is illegal to harvest egg bearing lobster and lobsters with a carpace less than 3 inches in length. The carpace is the area of the lobster connecting the head and legs to the tail as pictured below. It is extremely important to be sure the measuring device you use is correct, and illegal lobsters are thrown back.

When harvesting Spiny Lobster they must be caught whole.  It is illegal to separate the tail and body in state waters. During season individuals may catch up to 12 Spiny Lobsters per person. The State of Florida does allow an exception to this rule. One additional Spiny Lobster can be harvested if the individual catches 10 lion fish.

When purchasing Spiny Lobster they may also be reffered to as warm water lobster. Spiny Lobster have sweet tender meat perfect for many applications and are served best split down the middle. Spiny Lobster lack front claws, and have a slightly harder shell.

Looking for Spiny Lobster on Anna Maria Island? Head over to the Beach Bistro located at 6600 Gulf Drive in Holmes Beach. Beach Bistro’s “Lobstercargots”  are lush chunks of Florida spiny lobster. Slow cooked in a crock with herbed spinach and seasoned garlic butter.